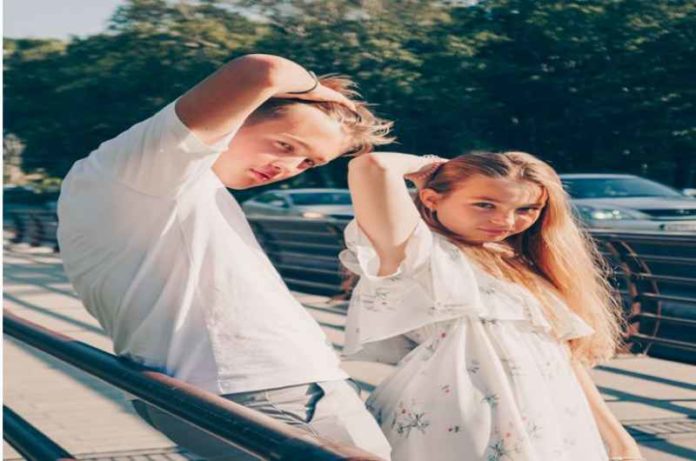 21st century fashion is rocking the world with designer-made contemporary styles taking centre stage. Also, a unique renaissance of vintage fashion is stealing major shows in spectacular ways. Concerning featuring antique and modern-day styles, both male and female have their unique garments and different trends. But, between the fashionable boys and fashionable girls, who rock the world? The question seems timely with the continued campaign for gender equality in wholly aspects all over the world. What about fashion, does the ancient belief still hold that girls are always fashionable or are the tables turning round? We seek to explore the topics about contemporary trends for boys and girls across the globe.

Streetwear fashion for boys and girls

A Survey on teenagers aged between 16 and 25 in Europe, Asia, and North America about the use and preference of the streetwear fashion reveals impressive statistics. First, there is a higher trend for this fashion wear; a design describes by the teenagers used in the survey to be officially acknowledged and accepted starting in 2010. Though claim holds that its emergence dates back in the early 1990s, it was generally branded as streetwear several years later. Since the inception of the style, the majority of the respondents accounting for 54% claim to spend $100 and $500 a month on streetwear.  Only 18% spend more than $500 a month on formal wear.  Basing on the spending, it is obvious that there is a higher likening for fashion by teenagers.

Given that it is generally known that teenagers spend most on clothing’s than anyone else, then the streetwear is ruling the world. But who is more into fashion? Shockingly, at the moment, the fashionable boys dominate more in the streetwear at 75% more than fashionable girls at 25%. However, the story from Colin, a fashion designer in London’s Dover Street Market, about a 14-year-old girl named Michelle who spends thousands on the streetwear is a shocker. The girls love for fashion is really on the rise and the future for fashion is to be dormant among the girls.

Regarding the same fashion, Military camouflage, sportswear, reggae fashion, hip-hop style and other combinations of casual wear determinates majority of apparel in the streetwear fashion. Nike and Adidas still dominate in fashion.

Business casual fashion is often confused by the majority with casual wear and sometimes official wear. However, the original purpose of the style is to achieve what can be termed as an ‘intermediate’ between casual and official. In most cases, a combination of parts official wear and casual wear is used. For men, khaki and jeans combined with blazers and fitting formal shirts dominate the business casual. To some extent, men sports jackets in place of blazers are used with those mentioned above. For female, slacks or skirts, blouses/tunics and matching jackets, majorly comprise their business casual fashion.

Nobody can be exempted entirely from formal wear since we all have to be in offices at one point or another, either as employees, employers, interviewees or interviewers.  Therefore, this is the most dormant fashion style across the world. It is majorly comprising of formal suits, tuxedo and their matching ties for men. On the other hand, cocktail dresses, trousers for women, skirts, and shirts dominate the female wear. Without any prejudice, girls have a wide range of options when it comes to formal wear compared to men. As such, we can conclude that the girls still dominates in formal wear fashion.

The increasing likening for the sportswear placed to be among the top-notch fashions of the century. In the recent past, so many trends in the sports have featured more than any other wear. Even with celebrities, it has become their preferred choice of wears even though they may not even take a minute to exercise for the day.  Also, the number that takes part in fitness training has advanced more which has genuinely made the sport wear a more desired fashion.

Regardless of the gender, sportswear comprises of clothing such as tracksuits, T-shirts, shorts, polo shirts, swimsuits, wet suits, and leotards, and footwear consisting of football boots, trainers, ice skates and riding boots. Additional to the mentioned apparels, girls have Crop tops, bikini and undergarments like sports bra and jockstrap. The likening for the sportswear is equivalent between boys and girls.

Anyone who routinely attends weddings could mistake them to be more fashionable girls’ affair based on the wide range of apparel available for them to use on specific types of weddings.  From vintage to contemporary, military to ordinary, summer to winter and much more, there are various designs of gowns and dresses for brides, bride maids and guests.

On the other hand, specific Taylor made suits official shirts and ties have always remained to be the wear for fashionable boys during weddings. Be it summer, beach or winter weddings, the fabric and varies but components remain the same. As such, we could say that girls know how to kill it more for weddings compared to boys.

Basing on these various occasions, that feature fashions for the girls and boys, it is evident that the girls tend to have more options in terms of fashion compared to boys. There other specific designs that girls do not fall into either of the above categories. Girls often use some like the Preppy, Cowgirl, Chave culture and Lagenlook fashion styles for dinners, party, dance and much more functions. Boys tend to have fewer options where it comes to specific functions. Also, the ability to combine more bright colours like pink, red and white makes the girls’ fashion to rock more than that of the boys.

How to Style Tank Tops in winters?

How Outsourcing a Truck Service Can Improve Your Business

admin -
0
Outsourcing gives many managers and business owners anxiety, but it can also be very useful for your business. Many managers are worried about outsourcing...

Know the Facts before You Buy Igf-1 Australia

admin -
0
IGF-1 peptide is a polypeptide hormone with the same molecular properties as insulin. IGF is an insulin-like growth factor and you will find that...

admin -
0
Noticing rapid hair fall can be a daunting experience in anyone’s life, and it is not something everyone can take lightly. Having this experience...

How Digital Business Cards Can Get You Customers?

admin -
0
Are you a new age businessman or woman delving into the idea of using digital business cards? Or do you want to shift your...