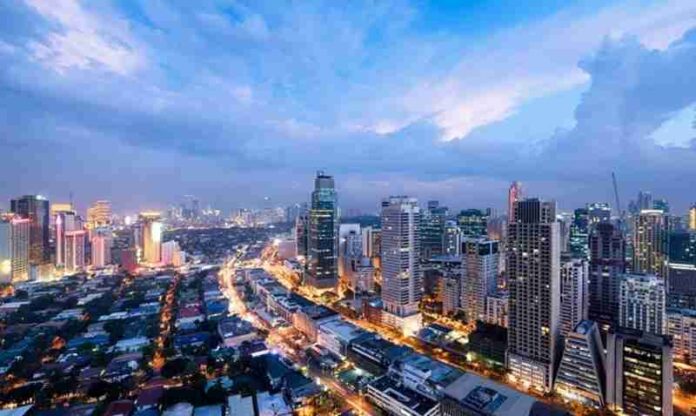 In the last two decades, the Philippines has strengthened its economy with the last quarter of 2019 registering a GDP of 6.7 percent, a notable increase from the previous year

The Republic of the Philippines has experienced tremendous growth in diverse sectors, mainly due to the strategic location, affordable yet talented labour, and ease of doing business.

The Philippines’ government has made significant efforts to overcome the language barrier by teaching English in all schools, and today it is the third-largest English speaking nation.

Before, you commence on setting up a company in the Philippines, here we must take a look at the numerous benefits of doing business in this South Asian nation:-

One of the biggest perks of choosing  Philippines over any other South Asian country is mainly because of its apt strategic location. Situated in the heart of Asia, the Philippines is a popular destination for numerous Asian brands.

The country is located just four flying time distances from top players in Asia. Philippines is the entry point for 500 million ASEAN markets and an international shipping gateway. Even the American and European business has expanded its services in the Philippines.

The Philippines is a completely open economy with 100% room for foreign investors in just about every sector. The country supports the foreign investment Build-Operate-Transfer (BOT) investment scheme, which the majority of the Asian countries oppose.

The Asian giant has been privatizing the various government corporations in banking, shipping telecommunication, power industries, and insurance.

Several incentive packages are there in place to motivate entrepreneurs to translate their idea into a business. All the companies operating in the Special Economic Zones have to pay 5% in corporate taxes. The multinational brands that are in search of a regional headquarters can also be eligible for this incentive scheme. Plus, there are duty-free importations for several equipment & materials.

Filipinos are open to new ideas; if you’ve an innovative product that can solve the consumer problem, your business has enough scope in this country. People have a craze for innovation and technology, thus why so many global IT giants have their office in the Philippines.

There is an abundance of natural resources in the Philippines. So, the businesses operating in the manufacturing or construction industry don’t have to import crucial resources from other countries as the resources are available for lost costs in the country itself.

The availability and cost of labour are two key factors global business investors take into account before expanding their services in a particular nation.

The Philippines tick this box as not only there is a qualified talent pool to recruit, but surprisingly they are affordable at all levels.

Recently, the Philippines made a drastic improvement in its World Talent Ranking 2019 and climbed six spots. Today, it is at 49th place in the list of the world’s most skilled workforce economies.

In the metro cities of the Philippines, the basic pay of an educated, salaried individual is around $30 US/day. And, in the suburbs, it further dips to $10.84-13 US/day.

The improved infrastructure is one of the critical factors that has helped Philippines to establish its identity on the global investment front. The government has taken significant measures to improve the road transport infrastructure and attract more foreign investments.

Did you know that the Philippines spends about 7% of its total GDP on enhancing  its infrastructure?

In the year 2017, the expenditure on infrastructure rose to 15.4%, and it is still growing.

Seventy-five new flagship government projects are estimated to be completed by 2022. These projects include 12 rail, four water transport, six airports, and several other infrastructural projects.

How To Pick Good Properties To Invest In

Can I Use My IRA to Buy Gold?

Finding a Reliable Gold Company to Work With

Prepare your property for the summer season

admin -
0
The lengthening days and rising temperatures are a sure sign that the fun of the summer months are fast approaching, an enjoyable season during...

Benefits of SEO Training For Your Business

admin -
0
Businesses are beginning to see how digital marketing is the new game-changer. If you aren’t visible online or aren’t visible enough, then it’s going...

Securing Digital Marketing That Is Effective

admin -
0
Not All Digital Marketing Is the Same Just because you’ve got the option to utilize digital marketing doesn’t mean you should go with any digital...

Factors to Consider When Choosing an Animation Studio

admin -
0
Hiring an animation studio can be a daunting task. Your animation video reflects your brand, making it essential to choose the right person to...