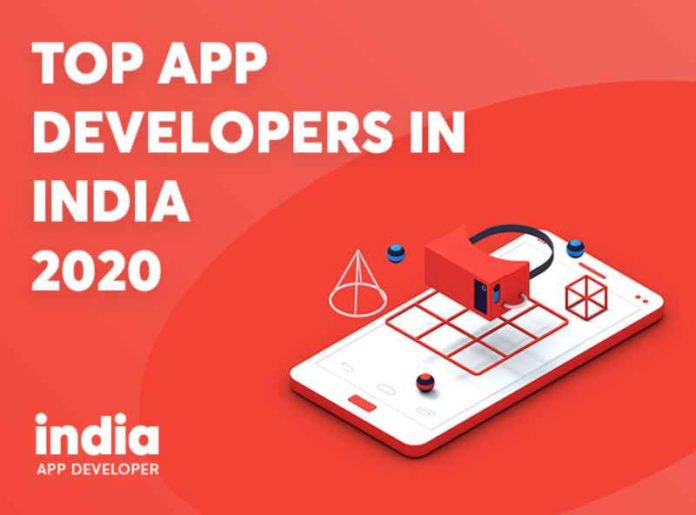 An idea is a thought that can yield some positive results and is always worth being turned into reality. This is what businesses stick to when they hire managers in their organizations. Managers must have the skills to convert ideas into reality. Today, however, there is a bit of a different challenge that the organizations are facing.

It is precisely how to convert the ideas into money yielding mobile apps. The straight forward answer to this would be “Hire an app developer”. Still, the question remains. How do the developers perform this magic? It’s not like they say “Open Sesame” and lo you have a mobile app developed. No. It involves a lot of brainstorming and countless hours of tireless work that goes into the development of a mobile app. Today, we can find app developer companies present around the globe whom you can hire to build your app.

Indian app developers are known to be proficient in developing apps for any platform. After all, India has been known for contributing a major share to the IT industry for a long time. If your company is located in India, then it is quite lucky to hire a mobile app development company in India that has a trained and skilled app development team to turn your ideas into mobile apps. The top app developers in India include EngineerBabu, MacAppStudio, and GoodWorkLabs, to name a few.

It’s not an easy task for converting your ideas into apps. You are thinking all the time does not mean every thought will yield your profits. So, to begin with, the idea you wish to turn into an app must be validated. If no validation is being done, it’s highly probable then that you are dumping your money into a bin. Give some time to the process. Don’t rush things.

This idea (or the mobile app) is actually going to give you returns so deal with it carefully. Let’s perform a step by step analysis of how to go about achieving our objective of creating a mobile app from an idea that our mind came up with.

Step 1 – Validate the Idea: One of the most challenging questions to answer here is regarding the validity of the idea. You can only know of its validity if you see the effect the mobile app is going to have on the current market. Today, the market is comprised of customers having varied interests. Your idea needs to be confirmed to those interests. Another thing is the presence of competitors.

Your idea might also have been conceived by someone else. Thus, the presence of such an app will prove to be stiff competition for your app when it is launched. You need to find out the interest generated by the competitor’s app among their clients and come up with a better version of the same to snatch the opportunity from the competitor’s.

Step 2 – The Budget: Once you have validated your idea and confirmed that it is ok to go ahead, the next step then is to think about your budget. How much money can you put aside for the development of this mobile app? One cannot say that the iOS app requires so much, and the Android app requires so much money.

There are no fixed criteria for this. Pricing of an app depends a lot on the features and functionality on offer. Besides the features, the number of hours that go into the making of the app also can increase or decrease the cost of the app.

Step 3 – Know your Users: Next, and foremost of all is that the business must be very familiar with the type of users who are going to use this app. Today Android occupies a major share of the mobile app market, but that does not mean there are no other players to provide their services. iOS apps occupy 35%, and other mobile operating systems also take their fair share.

However, it would help if you decided, whether you are going to offer that app on a single operating system or for multiple operating systems. Wherever you find more users, that is the platform you must choose.

Step 4 – Monetizing Your App: Well, money is the ultimate goal for which every business makes use of its available resources. The process of earning money through a mobile app is known as Monetization. There are various ways to do so. They are making your mobile app available for download only on purchasing it. Yet another method for generating money inflow would be based on ads that appear when the app is being used.

Developers could also offer the app for free but force the users to make in-app purchases if they want to continue using the app beyond a certain limit of a certain period of time. Your app must confirm with one of the above-suggested models to earn revenues.

Step 5 – Timeline: All projects that are developed are developed with a goal in mind. The goals need to be fulfilled within a given timeframe. The clients will specify at the beginning of the project, the timeline within which they want their project developed. This is also a way to know how the development team is progressing on the said project.

Other Things That Matter

Building an app is not the job of a single person. It requires a team effort and as such, the team itself. So it is essential to assemble a team that can develop, market, and sells your app as well. The team can comprise roughly of the following members:

● Someone who can script a business plan for your app

● A Manager to look after all of the above team members, in short, a Project Manager

Among other things, build a minimally viable product or platform (MVP) to test your proof of concept for investors when there are budgetary constraints. An MVP can be a test run for your monetization model as a prototype to inspire interest. You can predict how the targeted target market will engage with a more complex product by nailing down the core concepts behind your proposal. Build a viable solution and then add the feedback next to each other. Discover where the architecture has holes so that you can test the scalability.

It’s normal for technology visionaries to believe that creation of apps is an all-or-nothing scenario, without the technical background. But the cycle is almost never that easy. It might be time to return to the drawing board without the basic components— a robust dream, a sense of urgency and a stable source of funding.

Having an idea is one thing, but validating it will take time and cost you a lot of money. There are full-service app-building firms that can take some of the pressure off. They are experienced in designing, constructing, and improving. This helps you to concentrate on securing funding from potential investors and selling the app.

It is more cost-effective for you to go through a full-service agency and then recruit different individuals for each role. Instead, instead of spending time learning how to code or create, you can put all your effort into the aspects of your company that you are good at.

How to Build the Perfect Website for your Business?

admin -
0
ED is a condition that severely affects the reproduction of men. It stops the male body from achieving the erection needed for sex. This...

Are Ethical Hackers in Demand?

admin -
0
The increased usage of the internet for storing and using data has made it prone to cyber-attacks. The data is nowadays stored in cloud...

admin -
0
How’s the real estate market? This is the question that every professional realtor gets asked at least a couple of times every workday. It...