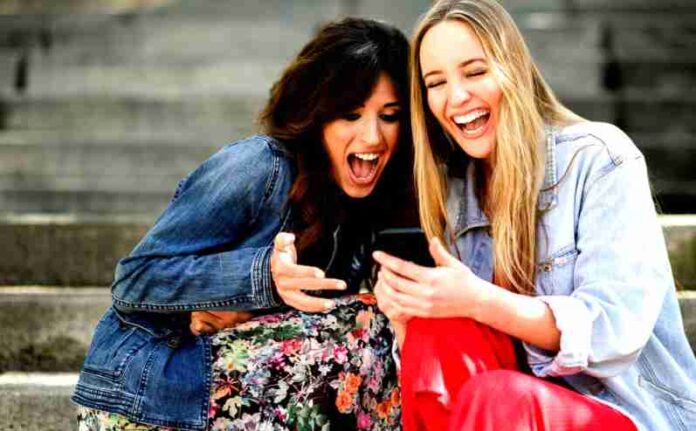 If you’re a regular prankster, then you know how enjoyable it is to fool your friends and family by well-thought-out prank calls. However, there comes the point where you can only call the same person so many times before they catch on. And the same goes for any prank that you play more than once.

Thankfully the introduction of prank apps have revolutionized the game, not only making practical jokes easier to pull off (since a smartphone is all that’s required), but by developing a wide variety of new pranks most of us would have never thought off.

Below are our top four prank apps of 2020, saving you the trouble of time-consuming app downloads only to uninstall ten minutes later. So let’s start!

Getting caught out over the phone can be attributed to several reasons – a distinct voice, repeated prank scripts you’ve said before or getting nervous where you fumble over your words. Regardless of the reason, the OwnagePranks prank calling app provides a unique solution by offering pre-scripted prank calls for you.

Containing over 100 prerecorded calls, all a user has to do is pick their favourite prank script and ring their friend. Prank Scripts vary and can apply to anyone in everyday situations – a disgruntled uber driver arriving too early or a weird neighbour asking for your Wifi password.

During calls, prerecordings are automated to play and do a fantastic job of impersonating on how a real human would typically speak. The app can make scripted replies at the right times by recognizing said keywords and even detecting silence that your people naturally make during a conversation.

Throughout the call, users can also listen in the background and enjoy the hilarious reactions their friends make.

If you know someone who recently bought a brand new phone and takes every attempt to brag about it, this is the perfect prank for you.

In fact this prank app is so convincing and compelling that it’s gone viral on social media – with many playing the practical joke and receiving extreme reactions.

So what is it exactly? Like the name suggests its primary function is to simulate a broken phone screen, exhibiting numerous cracks and scratches making it appear shattered entirely. And all with the touch of a button.

While it does look pretty horrific and can evoke some enraged reactions, there is no real damage so if things do get too heated, remember to remind your friend or relative that it’s just a prank. Apart from a cracked screen, there are also other damage filters such as a fires screen and electric screen.

If you thoroughly enjoy preparing and performing prank calls with your own written material but struggle to change your voice to fool your friends, this voice changing app gives you a fool-proof way to trick them every time.

The app contains 24 voice effects, letting you transform your speaking voice subsequently remaining anonymous during prank calls. Sounds range from the hilarious to downright terrifying, giving you access to options such as Chipmunk, Martian, Creepy Movie and even the Devil.

To make a voice transformation, you will have to make a prerecording initially, using its recording function on the app. After you have recorded your prank script, the real fun begins by applying any of the sound effects available. To create new, original sounds, experiment by using multiple sound effects onto the recording.

Prerecordings also serve different purposes other than prank calls and can be used for ringtones, notifications and alarms.

Like the previously mentioned Broken Screen prank app, this prank generally evokes the most extreme reactions and usually ones that aren’t laughed off so quickly. The Air Horn Phone prank app was made for jump scares after all.

After launching the app, simply press the ‘GO’ button and ask your buddy to intervene during a phone call as you quickly go to the bathroom. The moment your friend puts the phone against their ear, an air horn will blast through its speakers, no doubt making your friend jolt in the process.

Since the app simulates a realistic dialling screen, this will negate any suspicions that your friends will have that it’s a prank. Depending on the device the display may also appear black, which is standard among many smartphones.

Disclaimer: This app should be operated at a safe volume, and is not suitable for young children or people who have any hearing impairment or difficulties.

Hairstyling tools every beauty lovers must have

Important Steps to Take When You Encounter a Car Accident

admin -
0
If you have encountered a car accident, you ought to take certain steps to protect yourself from the medical and legal implications. There is...

Turn Any Home into a Smart Home with These Helpful Gadgets

admin -
0
Maybe Your Home Isn’t New,but It Can Still Be Smart! Professional interior designer and sleep expert Jennifer Adams returns to answer your questions and provide...

admin -
0
Accountants are now using blockchain to get assistance in clarifying ownership over certain assets and existing obligations. This will help free up resources that...