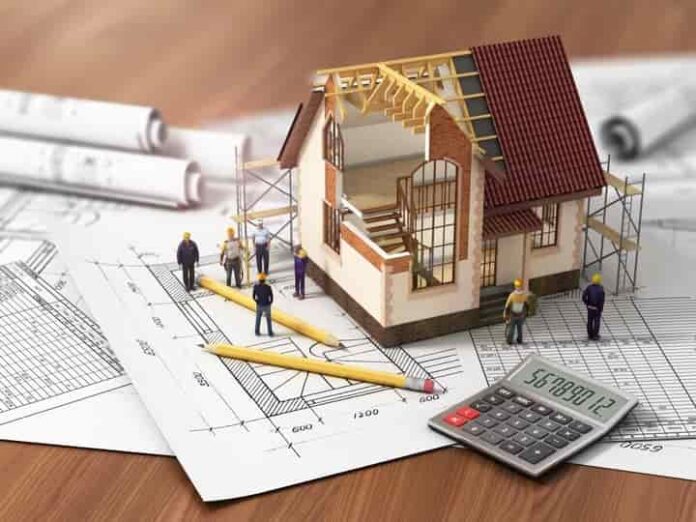 As the branch of mathematics that helps us study the relationship between the different side lengths of a triangle and its constituent angles, trigonometry finds widespread application in the fields of engineering, science, architecture, and even video games. Trigonometry is observed to exist in all the various aspects of geometry, owing to the fact that every straight-sided shape can be conveniently broken down into a collection or a set of triangles.

Even in the fields of calculus, logarithms, complex numbers and infinite series, trigonometry has been observed to have deep-set and rather intricate affiliations. Derived from the Greek words “trigonon” and “metron”, meaning triangle and measure respectively, the term trigonometry essentially translates to represent the phrase, “measurement of triangles”. Although it predominantly emerged in Greece in the third century B.C, as a field of academic study and research, much of its later and rather pivotal additions owe their origin to India, especially in the 5th century A.D.

Even though the tenets of trigonometry are traditionally linked with right-angled triangles, the scope of the subject is most certainly not limited to just them. It includes triangles of all shapes and sizes that consist of straight sides and which can be unambiguously classified as a collection or a set of triangles. The laws of trigonometry state that for any arbitrary triangle, if one happens to know at least any three of its stipulated six values of angles and sides, then the remaining three can be deduced with significant ease.

Additionally, the law of sines and the law of cosines are utilised to determine and compute any angles and side lengths that are categorised as unknown with respect to a particular problem statement. Of the six arrangements that the three existent angles and sides of a triangle present, one can not make use of just two configurations to compute all the remaining unknowns of a triangle. They must either have the value of all three angles at their disposal, or the measure of two side lengths and the angle which is opposite to them. Listed below are some aspects of architecture that make use of trigonometry for their calculations and computations.

It is a general belief that all ancient architects were also accomplished mathematicians, owing to the abundant traces of mathematical concepts that have been observed in the anatomy of historical monuments all across the globe. Structures as ancient as the Pyramids of Egypt are also said to have benefitted from the study of mathematics which reflect generously in their sound design and architectural principles.

Acknowledging the relevance that angles hold in the context of all the core functions of trigonometry such as tangents, cosines, and sines, modern architects are also increasingly reliant upon the principles of trigonometry to breathe life into their various creations. In alliance with surveyors, who utilise the subject to carry out a detailed examination of the land as well to measure its size and boundaries, architects base their design blueprints on the information that is gleaned from these activities.

Determining the Height of a Structure

Further, one of the most ubiquitous architectural uses of trigonometry lies in its ability to accurately determine the height of any particular structure in consideration. For instance, if architects happen to have the measure of their separation from the said structure, along with the knowledge of the angle that forms between the building’s peak and their eyes, then they can easily implement the tangent function to calculate the height of this building accurately upto two decimal points.

The stated angle of elevation and its counterpart, the angle of depression, can be both measured effectively with the help of a clinometer. Nowadays, there are still newer gadgets in the market that employ digital technology for carrying out all of their computations and measurements, which in turn makes space for more accurate readings. Conversely, one can also use the measure of a structure’s height and the reading of a clinometer to compute the distance at which they are located from the said structure.

Apart from determining the design structure of a particular building, architects must also be conversant with all the various loads and forces that subject themselves to these structures. These forces and loads are defined by a particular entity or element which, in the realm of physics and mathematics, is referred to as the vector. Conventionally, a vector is defined as an object that possesses both magnitude as well as a direction. Its geometrical representation consists of a directed line segment, the length of which is representative of the vector’s magnitude and the arrow is considered to be an indication of the said vector’s direction.

For all theoretical purposes, the direction of a vector is read and interpreted to flow from its tail to its head. In the context of trigonometry, it allows architects to combine various trigonometric functions with these vectors to efficiently compute the magnitude of the forces and loads that are at play at their structural sites. They are able to do so by making use of the traditional cosine and sine functions to estimate the components of a vector, by expressing it in terms of gradient or the angle that it makes with respect to any particular axis.

At the outset, it is almost imperative for architects to be able to design a structure that can deal effectively with all the load forces that are registered to them. Thus, to facilitate this eventuality and to transfer a particular construction’s load forces towards some support like structure, architects make use of trusses in their construction and design blueprints. Structurally, a truss resembles more or less a beam, but in nature, it is substantially lighter and thus far more efficient as well. Together with vectors, the various trigonometric functions allow an individual to accurately compute all of the varying forces that are in motion at the site of a truss.

This is what makes the subject of trigonometry a fundamental part of carrying out truss analysis at any given site of construction. With the help of its various concepts, an architect can effectively determine the stresses that might be at play at all the various points in a truss owing to the range of angles that it affects with those members that are diagonal to it. Consequently, they can also figure out the measure of the loads that are attached to the different parts of a given truss.

Use in Modern Architecture

Although technology these days has largely taken a leap into the digital form, their underlying operation, however, remains owed to all the various calculations that a rigorous study of trigonometry helped them achieve. Modern architects have grown to use trigonometry in association with other branches of mathematics such as calculus, algebra, geometry, and the like to breathe life into their spectacular creations. Adoption of such a combinatorial approach into their design blueprints has allowed these architects to shape structures that are not only sound with respect to the basic construction parameters that govern any pre-engineered building, but also set up establishments that are increasingly in alignment with modern-day building regulations.

With supercomputers and an array of highly sophisticated and state of the art design tools at their disposal, modern architects enjoy the privilege of being able to harness the complete potential of mathematics. Unlike ancient times, the architects of today have the benefit of whipping upland tweaking virtual models of reference for their clarity, that subsequently enables them to incorporate that extra degree of finesse in their numerous construction projects.

Having learned the various ways in which trigonometry is used in architecture, you must have realised the practical relevance that the subject holds with respect to our world. As your children brace themselves for more vast and comprehensive channels of learning, it is necessary that this sense stands inculcated in them as well. Cuemath’s highly immersive and practical approach to the various aspects in trigonometry not only helps your child boost their fundamental concepts but also aids them while they are preparing for SAT. They have a personalised learning plan for every student and focus on building a strong foundation on the concepts in such a way that students feel at ease with math and stop fearing it.

If you have any more suggestions or want to share your experience of looking for the right tutor, please comment below and tell us about it!

MSME VS Udyog Aadhar: Which One Is More Beneficial to Opt For?

Are you providing the right care for your cat?

admin -
0
Are you tired of going to the gym or running? Maybe it’s time to look for a new way to workout. How about stand...

admin -
0
The idea of beauty sleep has been around since forever! According to science, while we fall asleep, our skin becomes busy regenerating and repairing the...

admin -
0
It is critical to ensure your business premises is as secure as possible at all times. This includes the building itself, everything and everyone...

Everything You Need To Know About The Instagram Shadowban

admin -
0
Instagram is on the hunt for accounts that are greatly upheld by bots. Fostering authenticity is now the new battle cry of social media...