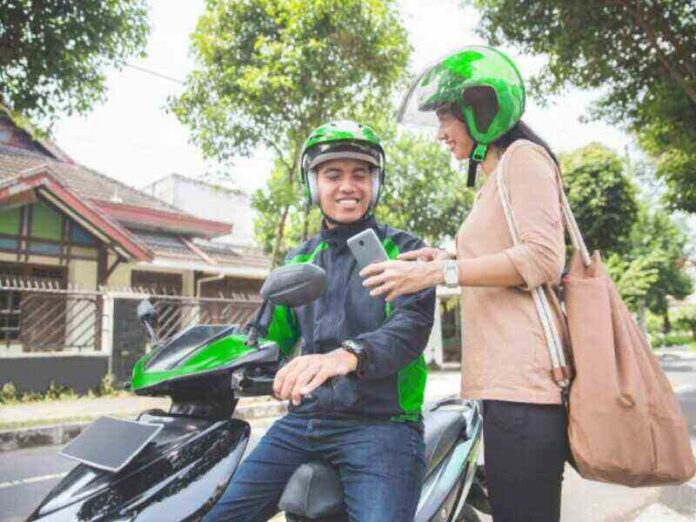 Bike taxis are the Benjamin Buttons of the mobile app world. Bike taxi applications are considered to be an offshoot or an evolution of the prominent ride-hailing apps. However, they have shrunk to accommodate a lower mode of transportation like a motorbike.

At first glance, the idea appears to be a bit new and unwelcome for the simple reason that it did not exist before the mobile apps came in. Even if they did, the existence was confined to countries like Indonesia and other Southeast Asia countries, and even in India, they existed only in some of the states that had a heavy tourist inflow of young people. However, with the knowledge and exposure becoming global, and the utility of a bike taxi coming to the forefront, there have been a lot of instances of bike taxi services being offered over a mobile app.

The advantages of starting a bike taxi business

There are a lot of reasons why bike taxi is gaining prominence as a preferred mode of transportation.

The most obvious and observable reason is that a bike can zip through some of the heaviest traffic, and disadvantage plays a major role in positioning the bike taxi as a formidable offering in cities like Bangalore and Bangkok where traffic is a major problem. With the introduction of electric motorcycles, even pollution has ceased to be a contributing factor in this regard.

Needless to say, motorbikes are an economic alternative to cabs. They consume far less fuel and they cost only about 33% of what a cab ride would cost for the same distance. Therefore, in combination with the first advantage, it presents savings both in terms of time and money.

Bikes can get into nooks and crannies that a car might find difficult to enter. This provides proper last mile connectivity and this comes in as a massive advantage in places where the road infrastructure is poor and heavily organized areas where there might be residential streets too small and narrow for cars to enter.

Countries like India are abundant in terms of the number of motorcycles available. It has been estimated that India sells about 20 million motorbikes a year which translates to 60,000 motorbikes sold per day. With the abundant number of bikes and availability of riders, A bike taxi solution would be one of the most sought-after modes of transport.

The salient features to consider during bike taxi app development are:

We have already discussed that the bike taxi is, in essence, an extension of the ride-hailing business model. Uber has already given a proper framework on how the app ecosystem should function.

The GPS can be considered the spinal cord of the on-demand revolution across every app, and the on-demand bike taxi app business is not an exception. The GPS brings multiple advantages to the ecosystem. On one side, it allows the driver to locate the user without any discrepancy because they can be guided by the map. It also helps the driver navigate to the precise location/destination even in unfamiliar territory.

For the user, it shows in real-time, the exact location of the driver if they need a pickup and if they are going in the right direction for reaching the destination.

Digital payments have been another contributing factor that strengthened the presence of on-demand apps all over the world. There has been a growing penetration of digital banking in multiple places and people have become familiar with the concept of paying through credit cards, debit cards, and Internet banking. This enables the taxi/bike taxi booking app and take the commission for the ride and pay the rest to the driver-partner.

For this purpose, the app should be integrated with a versatile payment gateway that can accept payments from multiple payment methods. The payments should also be credited to the bank accounts of driver-partners without any delay as they are quite likely to look at the bike taxi writing income as a major source of revenue.

To increase credibility, the user/passenger should be able to view the driver details like the name, the address, the photograph, the driving license, and the details of the motorbike that they have. These details collected from the driver go a long distance in establishing the credibility of the service and the authenticity of the business.

Incorporating data sources, analytics, and artificial intelligence, the app should be able to give an estimate on the time taken to arrive at a pickup location, the time taken to reach the destination, and the estimated cost of the ride. The cost and the time taken for the ride should take into consideration factors like the quality of the roads and the traffic at that point in time.

There should be a review and rating system in place where the driver can rate the experience and behavior of the user and the user can rate the professionalism of the driver. This will help in creating a democratic business ecosystem where the accountability and mandate for good behavior is on both parties involved.

Push notifications should be effectively used to communicate not only regarding the updates on the ride-booking, cancellation, and the status of returns and refunds, but also on the periodic promotions and offers that will keep the user hooked to the brand.

Both the driver and the rider should be provided with proper customer support. Customer support should be available across multiple platforms like phone, email, and chat.

The drivers should also have an easy onboarding process but the process should include a step to verify their authenticity, identity, and credibility. In most cases, the driver uses the bike taxi operation as an additional source of income, and they are not designated as employees but as driver-partners. This would mean that they are a part of the gig economy, and they should be given the choice to toggle their availability. They should also be able to control the number of hours that they are available with the explicit knowledge that the earnings depend on the number of hours and the number of rides.

Above everything, the onboarding process should be easy and simple. The user should be able to register for the services not only by using their email address and phone number but also by using legacy credentials like Google and Facebook. The registration should immediately create a profile for them that keeps a record of their rides, the usual Payment instruments, the rating, and the default locations like home and office.

Before you start the on-demand bike taxi app development,

On paper, the idea of a bike taxi on-demand app can seem like an amazing and lucrative idea but it is to be remembered that there are multiple market factors that influence profitability. If there are a lot of narrow routes and if the general audience you expect is more concerned about the economy than comfort, then that location would be an ideal destination for your bike taxi.

It is strongly recommended that you do your market research, study the trends, and define your target market before you embark on this entrepreneurial journey.

Considering the advantages brought by the bike taxi, it is quite possible that there might even be a small displacement from the usual cabs to bike taxis even in some of the most impossible places.

Instead of going for the usual method that requires you to build the app from scratch, you can consider going for white label bike taxi app clones. They will take care to save a lot of time and money because they are available as ready-made products and that too, without any glitches. You can approach a company that specializes in bike taxi app development and they will present you with a perfect app solution for your business needs.

How To Be Comfortable In Your RV

4 Signs Your Motorcycle Battery Is Dead