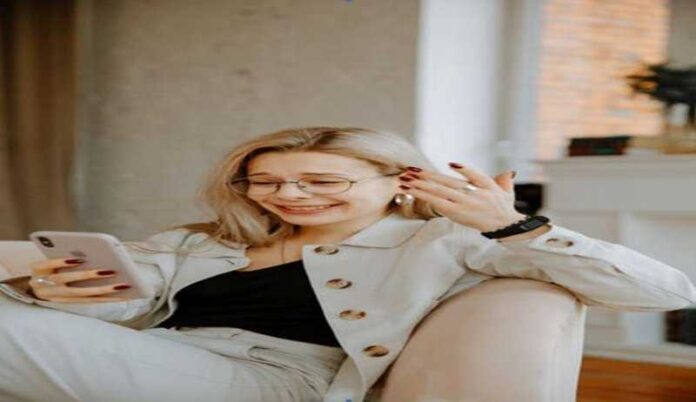 Major gif platform, Giphy, reportedly had over 100 million active users in 2016–and these users were sending 1 billion gifs per day!

If you’re not sure what a gif is, it stands for “graphic interchange format” and refers to looping video clips with no pause or play button. You’ve seen them on sites like Facebook and Twitter, often used to react to a post or comment.

At this point, there are so many gifs out there that it’s hard to decide which one to use. Funny reaction gifs tend to get the best response when they’re familiar and the context is suitable.

To make matters a little easier for all you internet users, we’re going to talk about the 11 best funny reaction gifs that you can use on a daily basis.

Hearing some news you don’t like? Looking for a way to express just how devastated you feel? Use the “Michael Scott no” gif to show that you’re just as upset as Michael was when he found out Toby was coming back to the office.

Nothing is funnier than the little blonde girl sitting in her car seat, mouth agape, eyes shifting from side to side in confusion. This gif can be used to express confusion, of course, but it can also be used to express disgust, annoyance, or disappointment. All you need to look for is the “confused car seat girl” gif and you’ll be sure to get a laugh!

Have you ever read something so awkward that it makes you want to disappear? Are you tweeting about a moment that you really put your foot in your mouth? Share that feeling of utter embarrassment with the “disappearing Homer” gif that depicts Homer Simpson sliding backwards into some cartoon shrubs.

So your friends posted about having a party or hitting the club. Maybe they’re sharing good news and you’re too excited for words. The “shimmying Shaq” gif, showing Shaquille O’Neal doing a sassy little shoulder shimmy, is the perfect way to show that you’re beaming and ready to celebrate.

Speaking of celebration, Rachel Greene and Phoebe Buffett really know how to react to good news! The “celebrating Rachel and Phoebe” gif shows the two beloved Friends characters jumping up and down while clapping. There’s no better way to say, “This is how I feel about this awesome news,” then this joyous, silly gif!

Some gifs are so versatile you just can’t beat them. The “flailing Kermit” gif is definitely one of them!

Reading an article about a giant bug discovered by scientists? Flailing Kermit.

Whether you’re stoked, freaked out, or somewhere in between, flailing Kermit is right there with you.

No Top Model fan will ever forget the moment that Tyra Banks flipped out on one of her up-and-coming models. Thanks to this popular gif, no one else will, either. The “angry Tyra Banks” gif is a funny way to react–or overreact–to disappointing news.

Sometimes your friends do or say something so dumb, it makes you want to pack up your things and leave. That’s exactly what the “disappointed Viola Davis” gif will convey. Kiss the old-fashioned “smh” response goodbye and let Viola Davis roll her eyes for you.

Sometimes you’re trying to hold it together when deep down, you’re totally losing it. That’s exactly what happened when a local news anchor interviewed a kindergartner on the first day of school. The thought of starting school made him smile until the news anchor reminded him that he wouldn’t be at home with his mom–which is when he started to cry.

If you can relate, then the “kindergartner crying” gif is the perfect funny reaction.

Sometimes, you want to throw a little shade but don’t have the right words to pack a punch. Don’t worry, Mariah Carey is here to throw all the shade you need.

The “Mariah Carey I don’t know her” gif is a timeless way to make the joke that you’re either disappointed in someone’s behavior or putting someone down for dissing your friend.

Leo is a fan favorite, whether you loved him in The Titanic or Inception. In fact, he’s been in so many movies it’s hard to keep track!

This particular gem comes from The Great Gatsby and depicts Leo in a suit cheersing the camera with a martini while fireworks blow up behind him. The “Leonardo DiCaprio cheers” gif can be used to celebrate someone but in a twist only the internet can come up with, it’s also a great way to welcome doom and gloom in a funny, sarcastic way.

Ready to Add Your Own Funny Reaction Gif to the Mix?

Maybe you’re less interested in sharing something that’s already been seen countless times and more interested in adding your own gif to the ring. Who knows? Your original work might become the next viral sensation!

To make your own gif, head to YouTube and pull up the video you want to convert to gif form. Then, head to https://setapp.com/how-to/youtube-to-gif to find out everything you need to know.

Get Them with the Gifs

The internet has developed it’s own language that, in some cases, doesn’t require language at all. Funny reaction gifs are a great way to express yourself without saying a single word. Picking the perfect gif can boost your likes and your laughs, so choose wisely!

Is digital marketing your game? Are you looking for trendy ways to boost your business with gifs, memes, and more? Check out more of our content to learn more about staying relevant online and off.

How Digital Marketing can Benefit an Auto Accident Lawyer

How SEO And Content Marketing Go Hand In Hand To Fuel The Online Success?