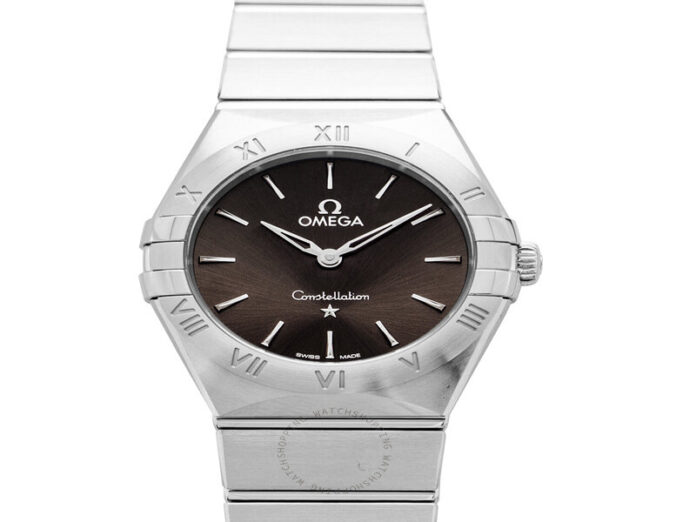 The Omega Constellation watch collection has been in the market for sixty-six years. It is one of the best groups of Omega and one of the oldest collections they ever had in history.

The Constellation collection started as a Chronometer in 1952.

The group has gone through many changes when it comes to its aesthetics. It started from the 1950s with Pie Pan dials up to the 1970s with the ultra-thin quartz timepieces. But in the modern days, the Constellation collection timepieces are using the movement that is called the Master Chronometer.

It still provides the legacy of the collection as luxurious and accurate timepieces. The Constellation Collection began in 1948 when the company celebrated its one-hundred-thousand-year-old Centenary; it was the first limited edition timepiece called Chronometer certified and used automatic movement.

This watch began popular when the company decided to create a new collection. In the year 1952, the company started making the Constellation collection. It was initially for men only, and it has been using Calibre 354. Two critical features differentiate this collection.

The Constellation first timepiece uses the Calibres 351, 352, and the Calibre 354. It also comes with a bumper rotor, but after four years, the company decided to change the Calibers into 500,501, 505, and subsequently.

About the Constellation collection

The features that were popular in the year 1950s and 1960s were the domed dial or also known as the pie-pan dial. It has a slope peripheral chapter ring and a raised central area. The watchmakers thought this style looks like a pie pan in an upside-down position. The pie pan dials were also known as the twelve-sided dial; they competed with the vintage.

This dial was also the inspiration for the Globemaster collection. This dial is available in luxurious gold timepieces or in steel timepieces. Up to this date, the case shape remains the same as the round type, but the straps, lugs, and hour markers may vary.

The flat dials were slowly introduced in the market by the middle of the 1960s, and they slowly created and introduced a unified strap and case in 1969. These watches were available for both men and women; it was also known as the first watch in history to have a bracelet unified with a case.

One of the models that were equipped with quartz and were in the Basel fair in 1970 was a timepiece from the Constellation collection known as Electroquartz f8192 Hz; it has a round square gold case and has a gold dial at the same time.

The claws of the Constellation collection

In 1982 Omega watchmakers introduced the all-new Manhattan Constellation collection. It was known as one of the little timepieces in the 1980s, created to stand the demanding test of time. This collection was still using quartz movements. This collection’s notable feature is the four screwed ‘Griffes’ or the claws extending from its case to the dial.

The claws were for style, and the Constellation collection task to hold the gasket and the sapphire crystal firmly into its case to guarantee the timepieces’ water-resistance. The Constellation Manhattan, known for its subject, was shaped in a barrel, destined for both men and women.

Omega watchmakers combined it with gold and steel metals. Even Though the bracelet seems odd in the collection Constellation Manhattan, it was still known for its unified bracelet that was metal and has hinged links. The Constellation collection of Omega gained a star in the year 1995.

Ultimate Luxurious Constellation Omega Watch of All Time for Women

Five IWC Portofino Timepieces to Watch Out For

admin -
0
Do you love to travel? Would you like to travel while catching a glimpse of the amazing wildlife? If yes, an African safari tour...

admin -
0
With the current level of global warming, air conditioning is a necessity for every building. Except you live in Alaska or any other region...

Kitchen Appliances That Have Made Your Kitchen Life Easier

admin -
0
Do you get stressed out while cooking? Does chopping vegetables cause a lot of problems for you? If these are the main concerns for...

What are the Best Amazon Affiliate WordPress Plugins?

admin -
0
Best Amazon Affiliate WordPress Plugins With the passing of time, as we all become a part of this modern age, sources of earning are increasing...